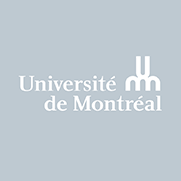 François Lalonde, Professor at the Mathematics and Statistics Department of the Université de Montréal, was named Director of the Centre de recherches mathématiques (CRM) on September 14, 2004. The CRM is the first institute of research in mathematical sciences founded in Canada in 1969 A member of the Royal Society of Canada since 1997, François Lalonde's research is mainly in the field of Symplectic geometry and topology. From 1996 to 2000, he directed the Institut des sciences mathématiques (ISM), a consortium of six Québec universities (Montréal, McGill, UQAM, Concordia, Laval and Sherbrooke). In this capacity, he developed the Institute by putting in place measures furthering the place of Montréal, and Québec as a whole, as a North American centre of excellence in mathematical research and training.

Mr. Lalonde was also the Founder and Director of the Centre interuniversitaire de recherche en géométrie différentielle et en topologie (CIRGET) which gathers together the best geometers and topologists from UQAM, McGill, Montreal and Concordia universities. A mathematician and physicist by training, François Lalonde holds a Doctorat d’Etat (1985) from Orsay Center in Paris, in the field of differential topology. He was a Killam Research Fellowship recipient in 2000-2002 and holds a Canada Research Chair in the field of Symplectic Geometry and Topology. He is member of the editorial committees of the Canadian Journal of Mathematics and of the Canadian Bulletin of Mathematics. Member of the scientific committee of the First Canada-France congress in 2004 and plenary speaker at the First Canada-China congress in 1999, his works in collaboration with Dusa McDuff were presented in her plenary address at the ICM in 1998. He is an invited speaker at the ICM 2006.